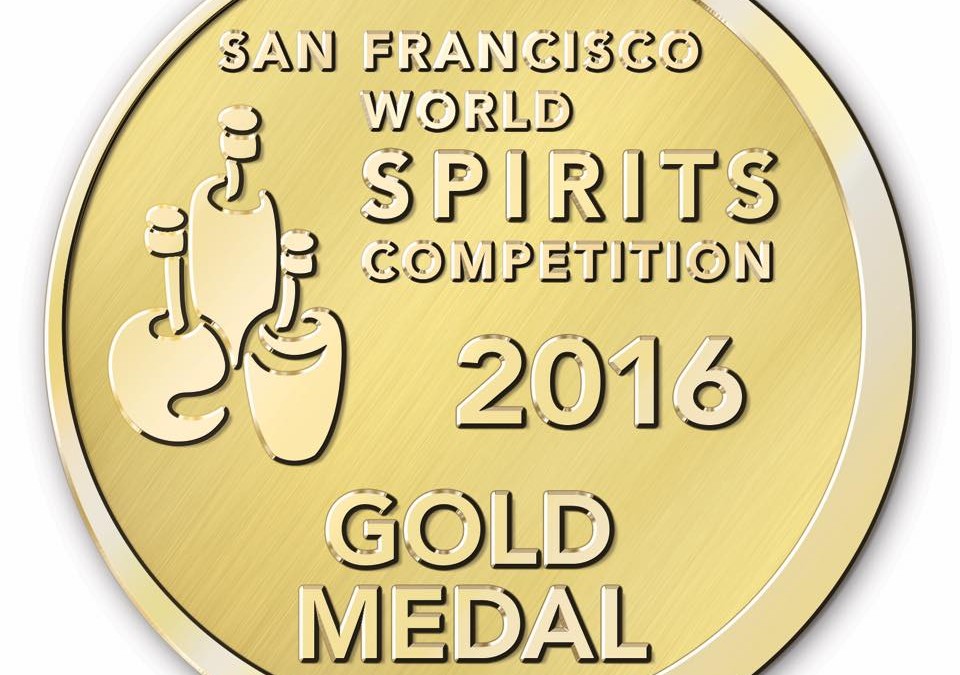 (April 4, 2016) Pleasanton, Ca—Medea, Inc. is proud to announce that MEDEA Vodka has been awarded the Gold Medal from the San Francisco World Spirits Competition, 2016.

“Receiving this award from the SF world spirits competition is fantastic,” said Brandon Laidlaw, CEO of Medea Vodka.  He added, “As a relatively new company, it is very gratifying to see Medea granted this prestigious award.  Medea Vodka has gained a reputation as an exciting gift because of its programmable LED display, this award affirms Medea’s place as a great tasting vodka.”

The 2016 San Francisco World Spirits Competition featured more than 1,850 entries and is considered to be among the most influential spirits competitions in the world.  With 39 spirits-industry experts serving as judges, this award recognizes the finest products in the industry.

MEDEA Vodka took home the gold for its exceptionally clean taste, which boasts enticing aromas of lemongrass, apply and cream, with a full body and a rich texture. The finish is incredibly smooth, displaying a subtle vanilla sweetness. Hailing from Schiedam, the Netherlands, MEDEA Vodka is produced by the House of Herman Jansen, one of the oldest family-owned distilleries since 1777. Their dedication to quality and craftsmanship gained Herman Jansen the classification of World Class Distillery in 2012.

In addition to receiving numerous accolades for taste, MEDEA has made it’s stamp on the beverage industry as the world’s only spirit with a patented, customizable LED message display on the bottle. The LED can be personally programmed via the Bluetooth-enabled Medea Vodka App, available for both IOS and Android smartphones.

MEDEA’s award-winning vodka is truly one-of-a-kind as it continues to reinvigorate the spirit world exemplifying the perfect balance of great taste and the latest technology.