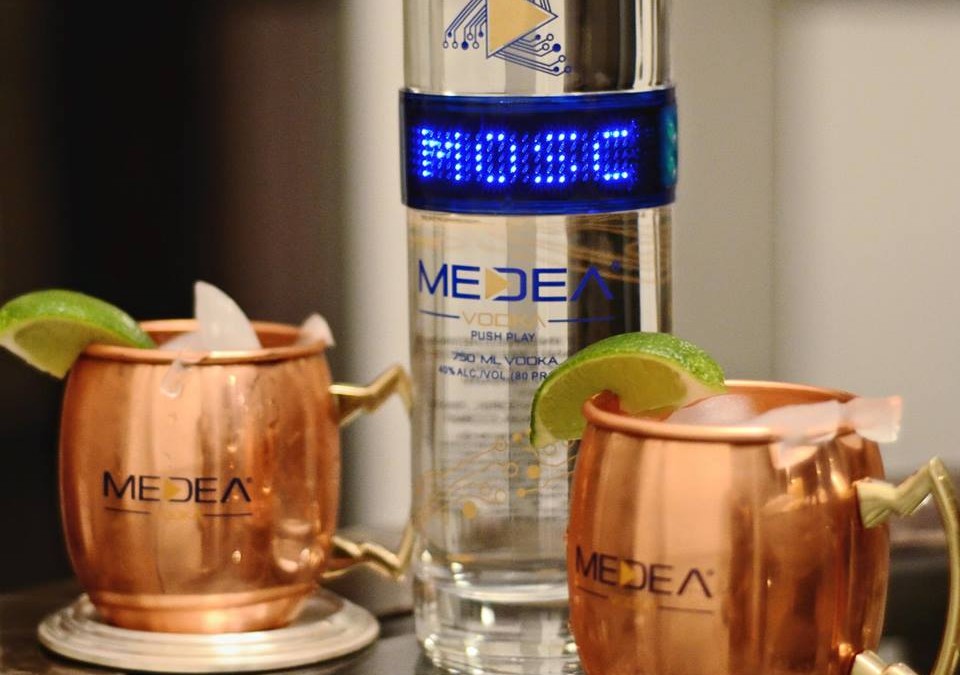 January 14, 2016 (Pleasanton, CA)–  Medea, Inc. the supplier of MEDEA Vodka, the world’s first and only programmable LED bottle, is pleased to announce the signing of a widespread Licensing and Distribution Agreement with Herman Jansen Beverages Nederland B.V. taking the brand international.

“This International agreement with Herman Jansen catapults Medea to a level unimaginable when we started less than two years ago,” said Brandon Laidlaw, President and CEO of Medea.

The announcement of MEDEA’s new world-wide venture comes on the heals of the granting of another patent to Medea, Inc., from the United States Patent and Trademark Office which further defines and elaborates on the integration of MEDEA’s unique bottle and paring of an electronic device.

“We know we have a great tasting vodka and the technology is unlike anything in the world.  What we didn’t know was how incredibly fast we would grow,” Laidlaw enthusiastically admitted.

Already available in the Americas and Australia, the agreement with Herman Jansen extends MEDEA’s  presence to six of seven continents.  Medea, Inc. has granted the exclusive license to Herman Jansen to manufacture, market and resell Medea Vodka in a multi-year contract.   The new territories will include Europe, Russia, including former Russian states, Asia, the Middle East and Africa.

MEDEA Vodka, the world’s only spirit with a customizable LED message band on the bottle. MEDEA  hit store shelves in mid-2015, with its new Bluetooth capability, which uses Apple’s iBeacon Bluetooth technology in an innovative way to allow a smart phone to wirelessly set and display scrolling messages.  The Medea App is available both on iPhone and Android.  The LED band comes preprogrammed with six often-used phrases and can be customized with up to ten messages.