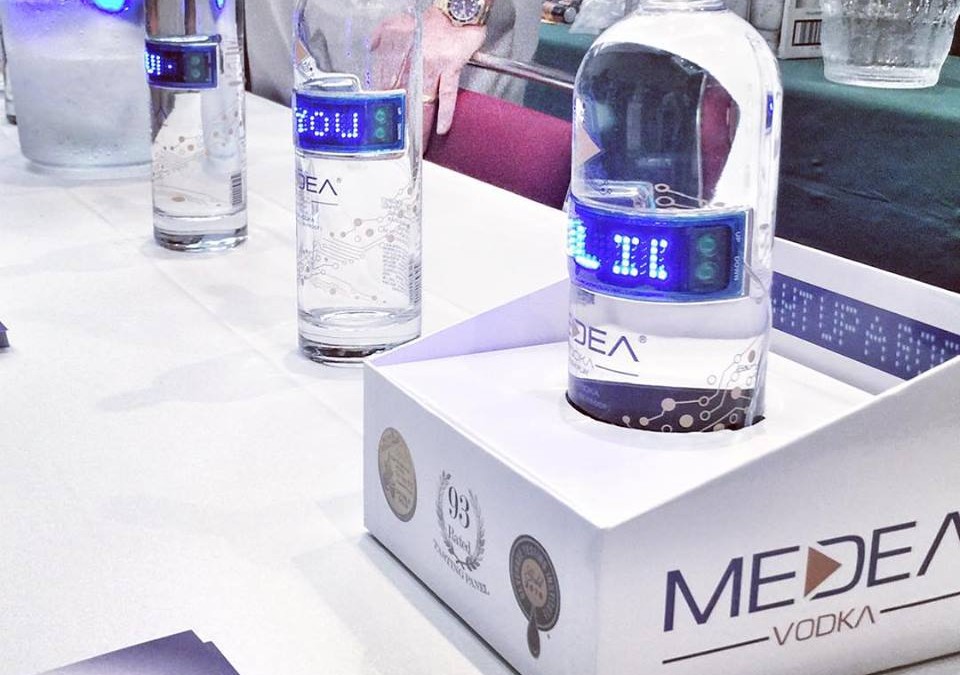 MEDEA Vodka Truly Is A Message In A Bottle

Pleasanton, CA — MEDEA, the award-winning vodka with the visually enticing bottle has returned to the market place.  New ownership and management are responsible for resurrecting this internationally acclaimed premium vodka.

The MEDEA bottle features a patented programmable scrolling LED band, which is pre-programmed with six often-used phrases, or can be personally customized.

According to the MEDEA promotions department, MEDEA is the great vodka with the personally programmable LED clip that people are eager to get their hands on.  MEDEA has made its debut in thirteen Costco stores in Southern California, as well as stores in New Jersey, British Columbia, and Switzerland.

“We have received inquiries about our product from more than a dozen countries around the world.” according to Brandon Laidlaw, MEDEA Inc’s Chief Operating Officer.  “It’s very gratifying to offer consumers something new and to receive such a tremendous response.” Laidlaw added.

MEDEA is made with pure artesian waters in Schiedam, Holland, at one of the most respected distilleries in the world. Official tasting notes proclaim MEDEA is an “exceptionally clean vodka, which boasts enticing aromas of lemongrass, apple, and cream. With a full body and a rich texture, the palate delights with complex hints of orange zest, white pepper, and beeswax. The finish is incredibly smooth, displaying a subtle vanilla sweetness.”

The world’s only personally programmable bottle is now the newest gift idea for the adult-beverage buying public.