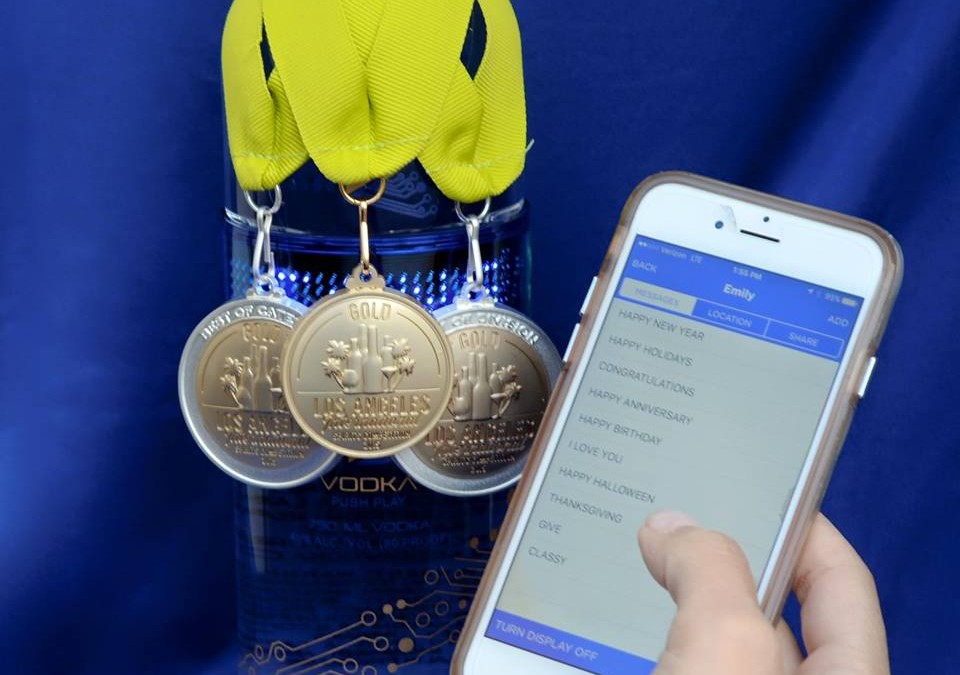 Pleasanton, CA (July 1, 2015) — MEDEA, Inc., the producer of the award-winning, ultra-premium vodka with the world’s only customizable LED message band built onto the bottle, is pleased to announce MEDEA Vodka is the recipient of three awards from the Los Angeles International Spirits Competition (2015).

The 2015 Los Angeles International Spirits Competition received 365 spirits entries from 130 producers. The Competition sets the standard for judging distilled beverages.  For over 75 years, an esteemed panel of more than 20 judges from all around the world, use a blind tasting method to award medals to the best wine and spirits from around the world, maintaining the highest standards of integrity and professionalism.