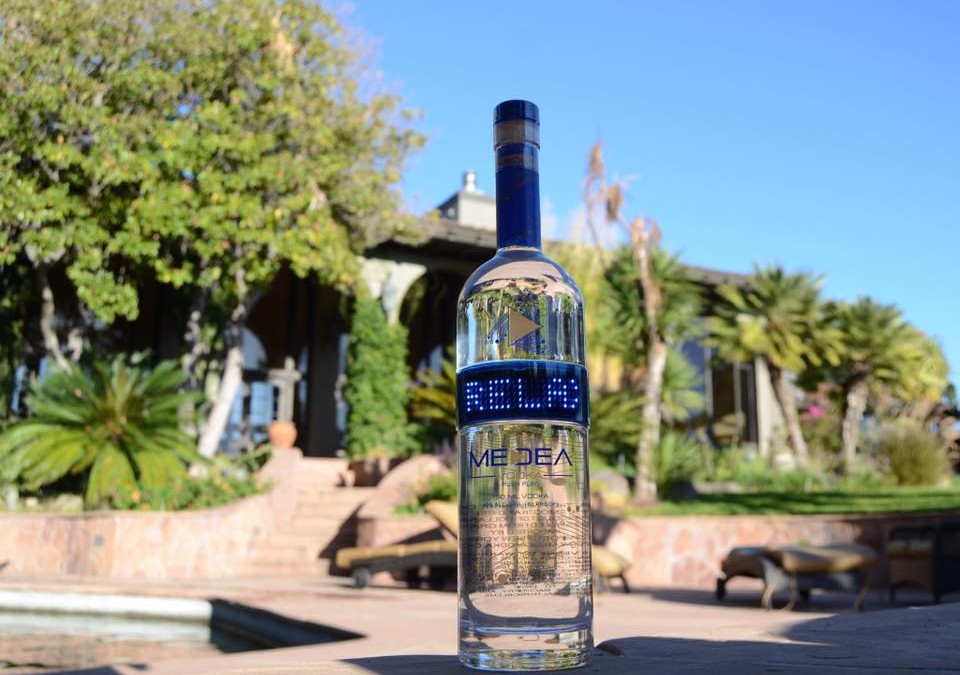 Los Angeles, CA (November 28, 2015) MEDEA Vodka, the world’s only spirit with a customizable LED message band on the bottle, is now lighting up the aisles with its new Bluetooth technology-equipped bottles which are hitting the shelves in new major retailers nationwide. The award-winning vodka is truly one-of-a-kind as it continues to reinvigorate the spirit world exemplifying the perfect balance of great taste and the latest technology.

Already a hit in California, MEDEA has grown exponentially since its launch last year. It is now available in more than 40 states and new big box retailers including – Costco, Sam’s Club, Safeway, Albertsons, Von’s, SaveMart, Bevmo, Lucky, FoodMaxx, Publix, and local liquor stores. With the abundance of new locations, new distributors Allied Beverage Group, Glazer’s, Major Brands, Republic National Distributing Company, United Liquors, Wirtz Beverage Group and Young’s Market Company have been added to fill the increasing demand. For the on-premise market, suffice it to say there is no back bar display like it. With the Bluetooth bottles now available for purchase, the leading technology and spirts brand only expects its popularity in the market to expand.

The MEDEA Vodka LED bottle uses Apple’s iBeacon Bluetooth technology in an innovative way to allow a smart phone to wirelessly set and display scrolling messages and is available both on iPhone and Android. Free to users, the App, developed in-house by the Medea technology team, will connect each consumer to their own bottle giving them the option to invite others, join social media, and locate their bottle, with updates containing more features planned in the near future. From the distance of a basketball court, Medea drinkers can create and edit up to 10 different messages of their choice.